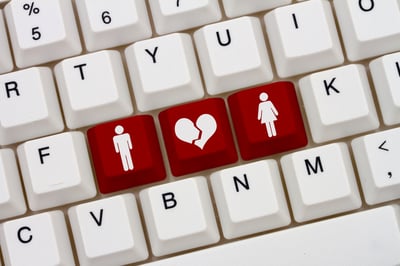 This latest arrest by the South African Police Service (SAPS) demonstrates how romance scams that have been around for decades remain alive and well… and profitable.

Reminiscent of the days of the “Nigerian Prince” scams, romance scams have remained a concern as recently as this year. Using dating and social media sites, the scammers find unsuspecting victims looking for love and relationships, making believe they were in a genuine romantic relationship, and taking advantage of their victim’s kindheartedness.

But earlier this month, eight Nigerian nationals were arrested in South Africa by SAPS at the request of the US Secret Service and the FBI, on charges of taking millions from unsuspecting widowers and divorcees.

According to one report, the scammers have also been busy with Business Email Compromise scams, compromising corporate email systems, impersonating employees, and convincing customers and suppliers to send payments to scammer-controlled bank accounts.

We’re seeing a trend where would-be cybercriminals find their niche attack, victim, or scam and work to improve it over time. In the case of the arrested eight scammers, it appears that they were quite good at their craft, taking in $6.85 Million from individuals and corporations around the globe.

Impersonation scams are getting so crafty, sometimes attackers don’t even need to get the logo right to fool victims. So, it’s imperative that users within your organization (even if they’re not widowers or divorcees!) undergo Security Awareness Training to heighten their sense of scrutiny when unsolicited communications come in. Whether a request to modify banking details or just “wanting to chat”, users need to have their guard up at all times, as this story brings home the point that you never know who’s on the other end of the communication and what their true intent really is.