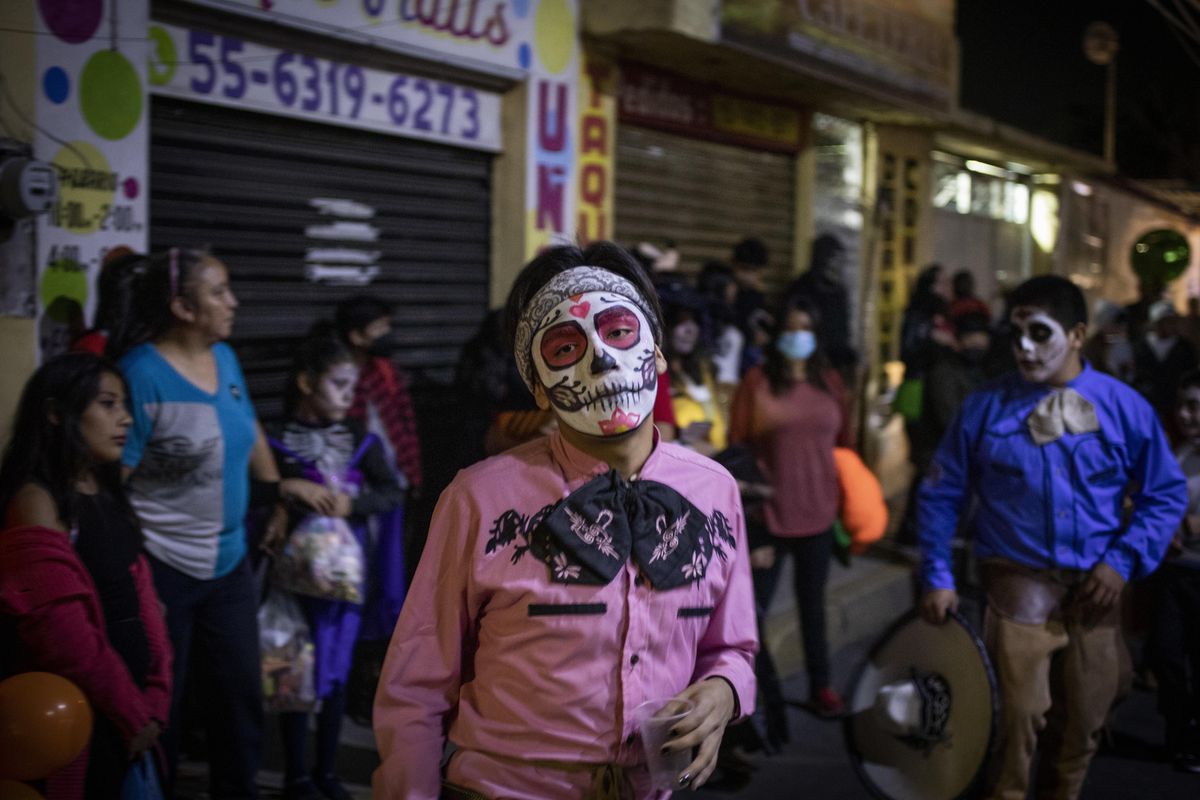 Welcome to Tuesday, where at least 15 die in an attack on a Kabul military hospital, more than 100 leaders pledge to end deforestation by 2030, and the tomb of King Ramses II’s treasurer is uncovered. Meanwhile, we learn why autumn leaves aren’t as red and gold as they used to be.

This is our daily newsletter Worldcrunch Today, a rapid tour of the news of the day from the world’s best journalism sources, regardless of language or geography.

It’s easy (and free!) to sign up to receive it each day in your inbox: 👉 Sign up here

• COP26 first major deal: More than 100 world leaders will commit to ending and reversing deforestation and land degradation by 2030, in what would be COP26 climate summit’s first substantial deal. The pledge includes $19.2 billion of public and private funds. Meanwhile, India has pledged to cut its emissions to net zero by 2070, the last of the world’s major polluters to announce a net-zero target.

• France suspends retaliation in fishing row with UK: French President Emmanuel Macron has backed down on retaliatory action against the UK and threats to ban its fishers from French ports, and called for talks to resolve the post-Brexit fishing dispute between the two countries. The British vessel seized by French authorities last week is still being held at the port of Le Havre, the owner said, just after a British minister announced it had been freed.

• Ethiopians told to protect capital against Tigray rebels: Authorities of Addis Ababa are urging residents to register their private weapons in the next two days and to prepare themselves to defend their neighborhoods after rebellious forces from the Tigray region indicated they were considering marching on the Ethiopian capital city.

• At least 5 dead in building collapse in Nigeria: Rescuers are searching for survivors in the rubble of a 22-floor apartment block under construction that collapsed in Lagos, Nigeria’s largest city, leaving at least 5 people dead and dozens missing.

• Squid Game crypto plunges in apparent scam: The cryptocurrency inspired by the popular South Korean Netflix series Squid Game, which had seen its price soar in recent days, lost almost all its value after experts warned it was likely a scam.

Scottish daily The Scotsman features Greta Thunberg on its front page, as the Swedish climate activist joined protesters who gathered in Glasgow to put pressure on political leaders taking part in the COP26 Climate Conference. She criticized politicians who were “pretending” to take the planet’s future seriously and said the COP26 was “just like the previous COPs and that has led us nowhere.”

#️⃣  BY THE NUMBERS

According to a new report by Unirima on the circular economy, Italy has exceeded the EU target of 85% recycling rate for paper and cardboard packaging … some 15 years ahead of schedule. Italian daily La Repubblica says this leadership position (compared to the current European average of 73,9%) can be explained by the country’s historic paper industry which has always been reuse-driven, due to the lack of raw materials.

Climate change is visible in many ways across the world. In the U.S., tree species are migrating north and changing colors of their leaves as temperatures warm each year, reports Marc Abrams, Professor of Forest Ecology and Physiology, in The Conversation.

🍂 Fall foliage season is a calendar highlight in states from Maine south to Georgia and west to the Rocky Mountains. As a forestry scientist, I’m often asked how climate change is affecting fall foliage displays. What’s clearest so far is that color changes are occurring later in the season. And the persistence of very warm, wet weather in 2021 is reducing color displays in the Northeast and mid-Atlantic. But climate change isn’t the only factor at work, and in some areas, human decisions about forest management are the biggest influences.

🌡️ Climate change is clearly making the Northeast warmer and wetter. Since 1980, average temperatures in the Northeast have increased by 0.66 degrees Fahrenheit, and average annual precipitation has increased by 3.4 inches — about 8%. This increase in precipitation fuels tree growth and tends to offset stress on the trees from rising temperatures. In the West, which is becoming both warmer and drier, climate change is having greater physiological effects on trees.

🌲 Climate isn’t the only thing that affects fall colors. The types of tree species in a forest are an even bigger factor, and forest composition in the eastern U.S. has changed dramatically over the past century. This shift began in the 1930s, when federal agencies adopted policies that called for suppressing all wildfires quickly rather than letting some burn. At that time, much of the eastern U.S. was dominated by fire-adapted oak, pine and hickory. Without fires recurring once or twice a decade, these species fail to regenerate and ultimately decline, allowing more shade-tolerant, fire-sensitive trees like red maple to invade.

This is tantamount to secession without proclaiming it.

— Christian Schmidt, the UN’s high representative for Bosnia and Herzegovina, is warning that the country risks splitting apart. The Guardian reports that Schmidt sees high risk in the recent threats of Bosnian Serb leader, Milorad Dodik,to pull out of state-level institutions, including the national army built up with international assistance since the 1995 Dayton Accords.

Who is Lauriane Doumbouya, the French wife of Guinea’s coup leader?

The phone rings over and over without response. There is no one to answer the line registered to Mamadi Doumbouya. The contact refers to an address in Chabeuil, more precisely to a staff house in the gendarmerie, the French military police corps, of this small town in southeastern France. It was there that Lauriane Doumbouya, née Darboux, used to serve in the French police force.

No one answers because the French officer now lives several thousand miles away, where during the Oct. 1 inauguration ceremony of Mamadi Doumbouya as the new president of Guinea, the presence of this white woman did not go unnoticed.

Dressed in a traditional boubou robe and bazin headscarf, Lauriane Doumbouya, still unknown to the general public, was propelled to the rank of first lady of this West African nation of 13 million.

It’s a transition that’s all the more unexpected because it was by violent force that her husband came to power. On Sept. 5, heavy gunfire erupted near the presidential palace; hours later, Lieutenant Colonel Doumbouya took control of state television and declared that President Alpha Conde’s government had been dissolved.

Of the past life of Mamadi Doumbouya, little information is available. So when it comes to his wife, finding out about her background is even more complicated: There’s no official biography, no allocated office, no communication service.

Receive Worldcrunch Today each day in your inbox: 👉 Sign up here